Bitcoin’s price has fallen to its lowest point in two weeks as traders stare down prospects of shifting U.S. monetary policy and continued tightening of regulation of cryptocurrencies in China. Also, Donald Trump’s negative bias on Bitcoin, coupled with growing concerns that hackers use the digital asset to launder money aided selling pressure.

For the day, nearly 150,000 crypto traders had their account worth about a billion dollars wiped off momentarily in the Crypto derivative market. The largest single liquidation order happened on Bybit-ETH valued at $7 million.

Data collated from Glassnode, a leading Crypto analytic firm postulates that the total dollar-denominated transfer volume settled by the bitcoin network has pulled back by a whopping 65 percent in the last two weeks. Change-adjusted transfer volume fell from over $43 billion/day down to $15 billion/day. 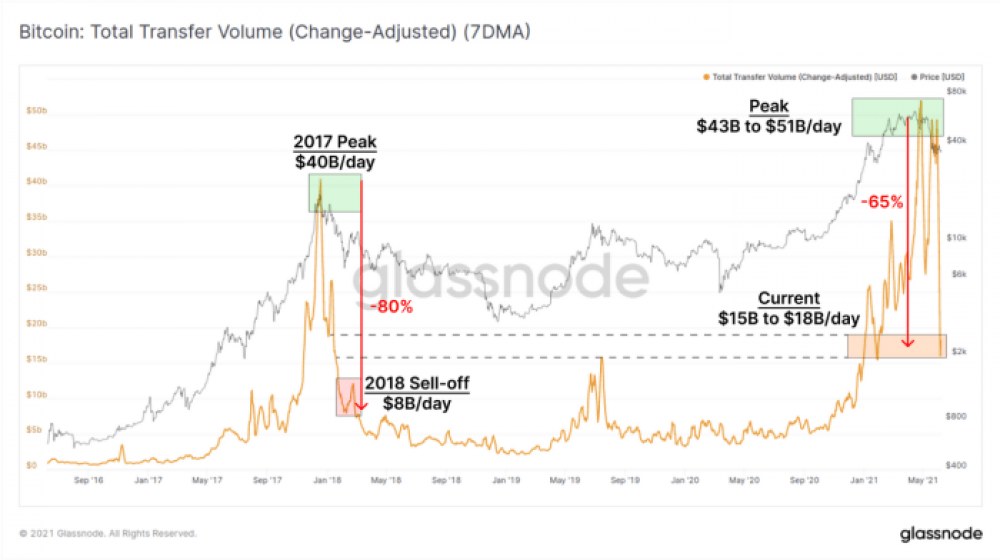 Coinbase proposes a regulator for the crypto space