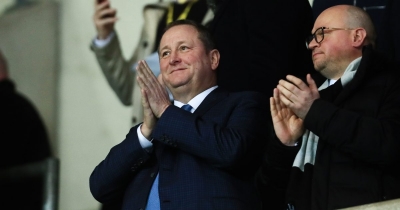 Reading keeper Luke Southwood has signed a new deal which runs until 2023.

Neymar has extended his Paris Saint-Germain contract until 2025.

RB Leipzig have awarded former Liverpool goalkeeper Peter Gulacsi with a new deal which expires in 2025.

Plymouth Argyle captain Gary Sawyer has announced his retirement after suffering an ankle injury. The 35 year old revealed it was the worst injury he had ever suffered and he will take up an ambassadorial role with the Pilgrims next season.

Former Barcelona youngster Marcus McGuane has signed for Oxford United from Nottingham Forest on a permanent deal. The 22 year old had been on a season-long loan.

Ipswich Town defender Stephen Ward is to leave them in the summer.

On-loan defensive duo Ben Gibson and Dimitris Giannoulis are to sign permanent deals with Norwich City in the summer. Gibson will be signing from Burnley, while Giannoulis is arriving from PAOK Salonika.

Teenage Juventus midfielder Naouirou Ahamada will sign for VfB Stuttgart in the summer for £1.35m.

Newcastle United will release Andy Carroll at the end of his contract.

Aberden have agreed to sign Declan Gallagher on a free transfer from Motherwell at the end of the season.

Rangers have agreed to sign Zambian striker Fashion Sakala on a free transfer in the summer from KV Oostende.

Fiorentina have agreed to pay £4.5m to sign Brazilian defender Igor from SPAL in the summer.

Yasser Larouci is to be released by Liverpool at the end of the season.

Charlton Athletic midfielder Jake Forster-Caskey is set to face at least 6 months on the sidelines after once again suffering anterior cruciate ligament damage.

Interim boss Jon Brady has been given permanent charge of Northampton Town.

In League Two, a Tranmere Rovers player is being investigated by the Football Association after a Forest Green Rovers player alleged he was subjected to homophobic abuse.

Queens Park Rangers defender Todd Kane has been hit with a 7-game ban and £6,000 fine after he admitted using abusive language “referencing nationality or ethnicity” towards Brentford’s Sergi Canos.

Newcastle United owner Mike Ashley has filed a lawsuit against the Premier League, saying that it’s time for “dark forces to step aside” in regard to the club’s takeover. Though he is not referring to it being time for himself to go, oddly enough. Ashley is instead seeking damages amid claims the Premier League blocked him from selling Newcastle to a Saudi Arabian backed consortium.

Forest Green Rovers have asked for sponsorship by gambling companies, such as bookmakers, to be banned. The English Football League has opposed a ban as, according to chairman Rick Parry, some clubs would go under without the money. FGR chairman Dale Vince thinks otherwise: “I believe gambling in football is an abuse of football and of fans. Gambling has overtaken football. If you watch a game on TV you are inundated with adverts. For me, the fun has already stopped.” 18 of 44 teams in the top two flights in England have gambling sponsorship on their shirts.

Grimsby Town have been bought by 1878 Partners, owned by Andrew Pettit and Jason Stockwood. The duo were part of another consortium which tried to but the Mariners earlier in the season. Stockwood said: “Grimsby Town belongs to the fans and the community. We are truly honoured to now be the custodians of the club, running it on their behalf. To that end, involving the fans is essential for us. We will listen carefully to them and will want their help in running the club properly and setting an ambitious, progressive and – crucially – sustainable vision for progress. We’re fully aware we’ve inherited a club in a challenging situation and we commit to be open and transparent about what we can and can’t do – and to be realistic about the job in hand. We wish to give special thanks to (manager) Paul Hurst for all the hard work and commitment he and his team have been putting in to build the squad from a tough position. We look forward to continuing to work with Paul and the team into next season and beyond.”

Wigan Athletic fans have been repaid the £171,000 they raised to keep the club alive after it first went into administration last summer. New owner, Bahraini businessman Abdulrahman Al-Jasmi, has paid the money back.

Burnley are to give away free tickets for their final home game of the season. Up to 3,500 fans will be allowed to attend Turf Moor for the game against Liverpool and new chairman Alan Pace has said that it is a thank you to the fans. The club have asked that fans who do win the ballot to get tickets make a donation to NHS charities if possible.