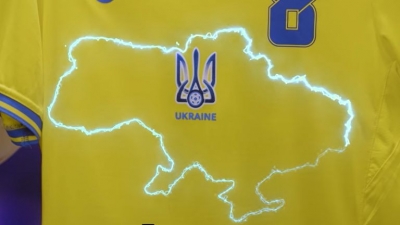 Barrow have signed Offrande Zanzala on a free transfer from Carlisle United.

Josh Sheehan has signed for Bolton Wanderers on a free transfer from Newport County.

Another former Manchester United youngster on the move is Cameron Borthwick-Jackson, who has signed for Burton Albion following his release from Oldham Athletic.

Ben Close has joined Doncaster Rovers on a free transfer from Portsmouth.

Aston Villa have agreed to sign Emiliano Buendia from Norwich City for a club-record fee of £33m with add-ons that could potentially add a further £5m.

Osasuna have paid £7.2m for Ante Budimir from Mallorca.

Rominigue Kouame has moved to Troyes from LOSC Lille for a a fee of £2.25m.

Arminia Bielefeld have signed Janni Sera on a free transfer from Holstein Kiel.

Brentford right back Henrik Dalsgaard has moved to sister club FC Midjylland on a free transfer.

Fiorentina’s Slovakian defender David Hancko had moved to Sparta Prague for a fee of £2.25m.

Experienced Australian midfielder Mathew Leckie has signed for A-League side Melbourne City on a free transfer from Hertha Berlin.

Callum Connolly has been released by Everton.

Leaving Manchester United after being released is Aliou Traore.

Jose Izquierdo has been released by Brighton & Hove Albion.

Spain have worries over their captain Sergio Busquets after the 32 year old Barcelona midfielder tested positive for covid with just 8 days to go until they open their Euro 2020 campaign. Spain have pulled out of their final warm-up friendly against Lithuania as a precaution and the Spanish Under-21s will take them on instead.

Stephen Robinson has taken charge of Morecambe. The 46 year old, who was previously manager of Motherwell, is succeeding Derek Adams, who quit to take charge of Bradford City.

Dundee United have appointed Thomas Court as their new manager to replace Micky Mellon. Court was head of tactical performance at the club, whatever that is.

Russia have hit out at the Euro 2020 Ukraine kit as it features a map of the Ukraine on the front which includes the Crimean peninsula, which Russia annexed in 2014, though the international community have not accepted the annexation. Russia have hit out at the kit, one MP calling it a “political provocation”. Though I would suggest it is not as provocative as invading and annexing someone else’s territory.

Rashford: I am embarrassed for Man Utd’s flop against Liverpool

‘I’m not satisfied with the Clasico, I want more’ – Rodrygo aiming high after starring in Real Madrid win at Barcelona