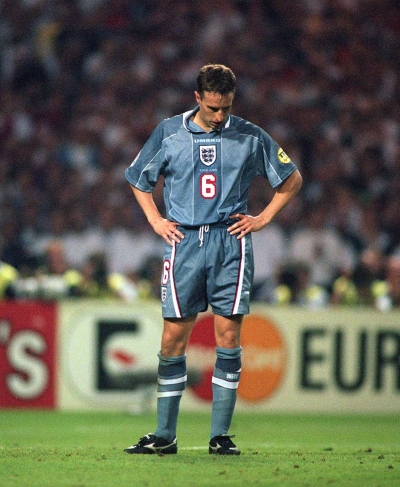 Jon Obi Mikel and James Chester have had their contracts extended by a year.

Will Keane has signed a 2 year deal with Wigan Athletic.

Crystal Palace have given Christian Benteke a new 2-year deal in what they ironically termed good news for their fans.

Barnsley have turned down the chance to sign on-loan striker Daryl Dike on a permanent move. Dike was loaned to the Tykes by Major League Soccer’s Orlando City and scored 9 goals in 22 games.

Dundee have signed Luke McCowan on a free transfer from Ayr United.

37 year old former Brighton & Hove Albion and Crystal Palace striker Glenn Murray has hung up his boots. He finished the season at Championship club Nottingham Forest before being released.

Watford have signed Imran Louza from FC Nantes for an undisclosed fee of £9m and Grimsby Town defender Mattie Pollock for £250,000.

Barcelona have agreed to sign Sergio Aguero from Manchester City on a free transfer as they look to keep his best friend Lionel Messi happy. Also joining Barca from Man City on a free is Spanish defender Eric Garcia.

Manchester City chairman Khaldoon al-Mubarak has confirmed the club are ready to spend big this summer.

Barcelona have paid £8.1m for Brazilian right-back Emerson Royal from Real Betis. Going the other way on a free transfer is young Spanish left-back Juan Miranda.

Former Rangers winger Daniel Candeias has made a free transfer from Genclerbirligi to Alanyaspor.

Jack Rodwell and John Lundstram have been released by Sheffield United.

PSV Eindhoven have signed Phillipp Mwene from 1.FSV Mainz 05 on a free transfer.

Northampton Town have signed Nicke Kabamba on a free transfer from Kilmarnock.

James Daly has joined Stevenage on a free transfer from Bristol Rovers.

Port Vale have signed Brad Walker on a free transfer from Shrewsbury Town.

Gillingham have snapped up Olly Lee on a free transfer from Heart of Midlothian.

Charlie Austin has returned to Queens Park Rangers on a free transfer from West Bromwich Albion.

St Mirren have signed Charles Dunne on a free transfer from Motherwell.

Tom Parkes has joined Livingston on a free transfer from Exeter City. Also joining Livvie is James Penrice from Partick Thistle, with Scott Tiffoney going the other way.

Romelu Lukaku has dismissed speculation of him leaving Inter Milan by telling Belgian TV he is staying put for next season.

Espanyol have paid £450,000 to sign Spanish right-back Miguelon from Villareal.

Luton Town have signed Reece Burke on a free transfer from Hull City.

AS Monaco have released Loic Badiashile and Youssef Ait Bennasser.

Manchester City midfielder Kevin de Bruyne faces an anxious time after suffering a fractured nose and eye socket in the 1-0 Champions League defeat to Chelsea. The 29-year-old is in the Belgium squad for the Euros and their first game is on 12th June against Russia, he will now have to wait and see if he can play.

Liverpool full-back Trent Alexander-Arnold faces an anxious wait after picking up an injury in a pointless England friendly.

Micky Mellon has returned as manager of Tranmere Rovers. The 49-year-old left last July after leading them to successive promotions into League One before suffering relegation on a points-per-game basis when the pandemic caused the EFL to end their season early. Since then Mellon has been with Dundee United.

Carlo Ancelotti has quit Everton to return to Real Madrid as their head coach for the second time.

Just days after leading Morecambe to promotion to League One through the play-offs, Derek Adams has left the Shrimps.

Chelsea and Leicester City have both been fined £22,500 over an on-field clash in their Premier League fixture on 18th May.

Tunisia international Taha Yassine Khenissi has been banned for 1 year by the Confederation of African Football for a doping violation. Khenissi, who plays for Esperance, tested positive for a prohibited substance after and African Champions League match against Mouloudia Alger.

Mouloudia Alger pair Abdelnour Belkheir and Ahmed Boutagga have been given 12-month bans for assaulting the referee during an African Champions League fixture. Following the final whistle in their game against Wydad Casablanca, the duo attacked the referee by kicking him in the leg. The club has also been fined $25,000.

Also in African football Jaraaf club official Youssou Dial and players Albert Diene and Mamadou Sylla have been banned for assaulting match officials. Dial has been suspended for two years, while the two players have been given 6-match bans. CAF explained: “After the final whistle, officials of the club, led by Mr Dial and some players including Albert Diene and Mamadou Sylla charged towards the match officials and physically and verbally assaulted them on the field. The referee was seriously wounded with head injuries.” Jaraaf have also been fined $50,000.

Coventry City have posted losses of just over £3.38m for the year ending 31st May 2020. The previous financial year, the Sky Blues made a profit of £69,916. They are due to return to play home matches at the Ricoh Arena next season, after a period of groundsharing at Birmingham City’s St Andrew’s stadium.

Rangers are hoping to raise £6.75m through the launch of a share issue for supporters. They also hope that fan share ownership will “help future-proof” the club. Funds from the share issue are earmarked for “projects designed to accelerate the financial sustainability of Rangers”. Those who buy the shares will have the same rights as current owners and shareholders, with one vote per share and the right to attend the club’s AGM.