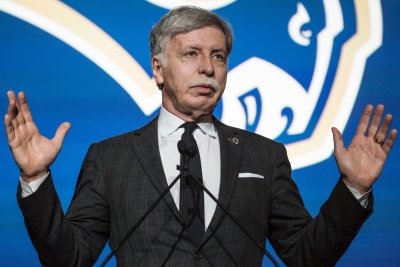 Oxford United have given Mark Sykes and Alex Gorrin a one-year contract extension.

Mansfield Town left-back Mal Benning is to leave the club at the end of the season. The 27 year old was the Stags longest serving player, having been with the League Two strugglers for 6 years.

Sunderland defender Dion Sanderson, on loan from Wolverhampton Wanderers for the season, has been ruled out for the rest of the season with a back injury.

Bayern Munich have confirmed that Julian Nagelsmann will be leaving Bundesliga rivals RB Leipzig to take charge of their team next season. Bayern are reportedly paying over £20m in compensation to get Nagelsmann. He will take his assistants Benjamin Gluck and Timmo Hardung with him. The pair arrived at RBL with Nagelsmann from TSG Hoffenheim. Nagelsmann has ruled out taking any RBL players with him as well, though the signing of Dayot Upamecano has already been agreed between the two clubs, so he will have one familiar face in the playing staff.

West Ham United defender Fabian Balbuena has had his red card, that he was shown on Saturday during the 1-0 defeat to Chelsea, rescinded. The 29 year old will now no longer be suspended.

Following interest in Arsenal from Spotify founder Daniel Ek, current owner Stan Kroenke has ruled out selling the club. Despite protests against their regime from over 1,000 fans on Friday, Kroenke, all the way over in the USA, is not interested in offers for his stake. Silent Stan said: “We have not received any offer and we will not entertain any offer. Our ambition for Arsenal remains to compete to win the biggest trophies in the game and our focus remains on improving our competitiveness on the pitch to achieve this.”


Fofana Thanks Palace For Break

Leicester City defender Wesley Fofana has thanked Crystal Palace after they agreed to stop in a natural break in play for long enough for the 20 year old to break his fast. The youngster was observing Ramadan and so abstaining from food and drink during daylight hours, despite continuing to play football. Palace agreed before the game that they would take a short break in play after sundown so that he could take on some liquids.

UEFA have increased the allowable squad size for nations competing in the European Championships in the summer. They normally take a 23-man squad to the tournament, but this year that has been increased to 26 to help deal with the compressed schedule of the season. It has already been agreed that teams will be able to make up to five substitutions per game.

FC Barcelona vs Real Madrid: Head-to-head record, top goalscorers and all you need to know about El Clasico