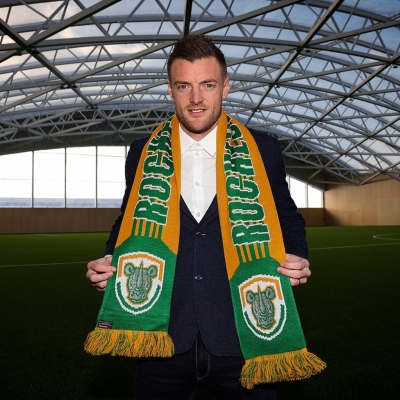 Bristol City’s former Aston Villa forward Andreas Weimann has signed a new 3-year contract with the club, after missing most of last season with a cruciate knee ligament injury.

Blackpool’s James Husband has signed a new 2-year deal with an option for a 3rd.

Mansfield Town have re-signed Stephen Quinn on a free transfer from Burton Albion.

Freddie Sears has moved to Colchester United on a free transfer from Ipswich Town.

Northampton Town have picked up Dylan Connolly on a free transfer after he rejected the offer of a new deal with St Mirren.

Omar Beckles has moved to Leyton Orient on a free transfer from Crewe Alexandra.

Carlisle United have signed Tristan Abrahams on a free transfer from Newport County.

Cameroonian defender Manny Monthe has signed for Walsall on a free transfer from Tranmere Rovers.

Portsmouth midfielder Bryn Morris has signed for Burton Albion on a free transfer.

Gillingham have made a double free signing in the shape of Ben Reeves from Plymouth Argyle and Max Ehmer from Bristol Rovers.

Andre Dozzell has signed for Queens Park Rangers from Ipswich Town for an undisclosed fee of £1m.

Motherwell have received an undisclosed fee for the sale of their Scotland Under-21 international midfielder Allan Campbell to Luton Town.

Swansea City have agreed a fee of £1m, with potential add-ons that could take the deal to double that, for PSV Eindhoven striker Joel Piroe.

Derby County have released former Liverpool, Leeds United and Manchester City goalkeeper Scott Carson, defender Scott Malone and winger Florian Jozefzoon. A new deal for Jack Marriott that had been agreed in October last year is still the subject of a discussion with the English Football League (EFL), who withdrew registration approval in December. Derby are under a registration embargo and Marriott moved to Sheffield Wednesday on a season-long loan just after agreeing the new deal.

Arsenal have rejected a £13m offer for Swiss international midfielder Granit Xhaka from AS Roma.

Union Berlin have signed Rick van Drongelen for a fee of £450,000 from Hamburg.

Roma have paid over £6m for American teenager Bryan Reynolds from MLS side FC Dallas.

Senna Miangue has signed for Cercle Brugge on loan from Cagliari.

A hip problem has forced Manchester United goalkeeper Dean Henderson to drop out of the England squad. Sheffield United’s Aaron Ramsdale has been called up to replace him.

A number of people have been taken to hospital for treatment after a parachute protest went wrong. The stunt, which saw a man with “Kick out oil! Greenpeace” written on his parachute, drop into the Allianz Arena during France’s Euro 2020 match with Germany, went wrong when the parachutist got tangled in wires carrying an overhead camera. Debris crashed onto the pitch and stands, France’s head coach Didier Deschamps was forced to duck out of the way of a large piece of equipment, and the parachutist landed heavily, requiring medical attention. UEFA stated: “This inconsiderate act – which could have had very serious consequences for a huge number of people attending – caused injuries to several people attending the game who are now in hospital and law authorities will take the necessary action. The staging of the match was fortunately not impacted by such a reckless and dangerous action, but several people were injured nonetheless.”

Sheffield United striker Lys Mousset has been in court after a crash on the same day police revealed teammate Oli McBurnie would escape court altercation over his street altercation which had been caught on video. Mousset has been banned for 6-months from driving and fined £5,000 (or 2 days wages) for driving without due care and attention and failing to stop. Mousset initially claimed his cousin had been driving the Lamborghini when it crashed into parked cars on the wrong side of the road at speed. The forward already had 9 points on his license and will also pay costs of £110 and a victim surcharge of £190.

Portsmouth are set to renovate their Fratton Park ground and increase seating to over 20,000.

Liverpool are also set to increase capacity with 7,000 seats to be added to the Anfield Road Stand, to take a full house to around 61,000 people.

Leeds United are also looking to expand and have submitted plans to turn Elland Road into a 55,000 seater stadium and build a new training facility on the site of a former school next door to the ground. Elland Road currently holds 39,000 and Leeds had previously agreed plans with the city council to expand to 50,000.

Despite the team not having played a competitive game for four years, nor even currently belonging to any league, American team Rochester Rhinos have a new minority owner. Leicester City striker Jamie Vardy has bought shares in the Rhinos, who are the only team from outside Major League Soccer to win the US Open Cup.