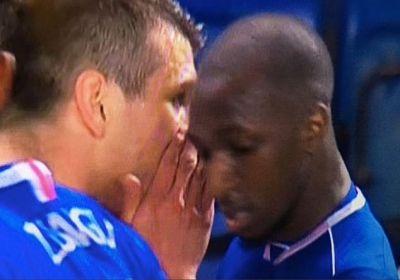 Former Leicester City forward and Nigeria’s international captain Ahmed Musa has returned to his former Nigerian club, Kano Pillars. The deal allows him to leave if he finds a club in Europe.

Sheffield United will be without their captain for the rest of what has been a miserable season for the team bottom of the Premier League. Billy Sharp has undergone surgery on a thigh injury which will keep him out of action after picking up an injury in training.

RB Leipzig’s head coach Julian Nagelsmann has denied that there have been talks between himself and Bayern Munich or by his agents with Munich on his behalf.

Slavia Prague’s Ondrej Kudela has been found guilty of racially abusing Rangers midfielder Glen Kamara and been banned from all games under UEFA’s auspices, including internationals, for 10 matches. Kamara was found guilty of assaulting Kudela afterwards in the tunnel after the match and received a 3 match ban. Rangers forward Kemar Roofe was banned for 4 matches after his high challenge caused Slavia keeper Ondrej Kolar to suffer a fractured skull.

Manchester United have revealed that they changed the colour of the banners around the pitch from red to black to help players see each other better, in an echo of the time when Alex Ferguson made his United players change their grey strip at half-time of a beating at Southampton. Man Utd have been struggling to get consistent wins at home this season, with a higher win percentage on the road than at home, so the change was made when the club changed the banners over for the ‘See Red’ anti-racism campaign. Manager Ole Gunnar Solskjaer said: “We’ve looked into this. There shouldn’t be a reason, really, but some of the players have mentioned that split-second decision you have to make where you look over your shoulder to see if your team-mate is there or not and the red shirt is on a red background with red seats. You’ll see a change now, if you see the banners around the club it’s not red anymore.”

Can anyone stop Sundowns winning the 21/22 PSL trophy?