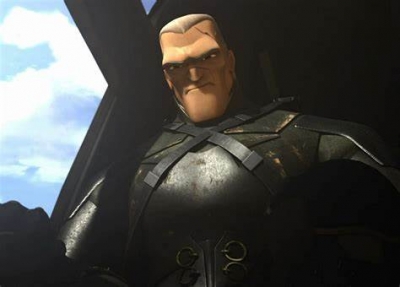 Veteran goalkeeper Matt Gilks has signed a 1-year contract with Bolton Wanderers. He joined the Trotters as a goalkeeping coach but made 35 appearances as a player last season, keeping 16 clean sheets as they won promotion to League One.

Jermaine Defoe has agreed a new one-year deal with Scottish champions Rangers, as a player-coach.

Alfie Jones has signed a 2 year contract with Hull City.

Exeter City have spent an undisclosed fee to sign winger Josh Coley from Maidenhead United of the National League.

Barrow have signed goalkeeper Paul Farman on a free transfer from Carlisle United and Tom White, also on a free, from Blackburn Rovers.

Milton Keynes Dons have agreed a deal to sign Scott Twine from Swindon Town, subject to an agreement with the Robins. MK Dons will have to pay compensation, even though Twine was out of contract, due to him being under the age of 24 and coming up from their youth ranks.

Former Manchester City youngster, and son of former Manchester United striker Andrew Cole, Devante Cole has moved back to Barnsley from Motherwell on a free transfer. The 26 year old had a loan spell with the Tykes while still a youngster at Citeh.

Blackpool have made a triple signing. Reece James is signing on a free transfer from Doncaster Rovers, Daniel Grimshaw is also a free agent after graduating from Manchester City’s academy and Shayne Lavery is joining from Irish champions Linfield.

Jaume Costa has been let go by Villareal.

Cheick Doukoure will be looking for a new club after leaving Levante.

Spanish winger Burgui has been released by CD Alaves.

Former Napoli hero Marek Hamsik has moved to Trabzonspor on a free transfer from IFK Gothenborg.

Veteran midfielder Darren Pratley has signed for Leyton Orient on a free transfer from Charlton Athletic.

Also moving on a free transfer is Aaron Martin, who is joining Port Vale from Hamilton Academical.

Crawley Town have paid an undisclosed fee for Jack Payne from Eastleigh.

Kilmarnock winger Mitch Pinnock has signed for Northampton Town on a free transfer.

Omari Patrick has signed for Burton Albion on a free transfer from Carlisle United.

Olympique Lyonnais have signed Henrique from Vasco da Gama on a free transfer.

Another Brazilian on the move is Flamengo midfielder Gerson, who has signed for Marseille for £18m.

Ruben Martinez has made a free transfer move to AEK Larnaca from Osasuna.

Georginio Wijnaldum has completed his free transfer to Paris Saint-Germain from Liverpool.

Lazio have confirmed that Maurizio Sarri, the former Chelsea and Napoli head coach, will be taking charge of the Roman side for next season. Despite winning Serie A in his one season in charge, Sarri was sacked by Juventus in August.

Wolverhampton Wanderers have appointed Bruno Lage, a former Benfica boss, as their new head coach. Lage has worked in English football in the past as assistant to Carlos Carvalhal at Sheffield Wednesday and Swansea City.

Celtic have ended their long pursuit of a new manager by appointing Ange Postecoglou. Postecoglou had previously been in charge of Brisbane Roar, which became nicknamed Roarcelona due to their style of play, though it did not transition successfully to his time as Australia’s national manager. Until today the Greek-born Australian has been in charge of Japanese J-League side Yokohama F Marinos.

Russia has sent an official complaint to UEFA over the new Ukraine kit featuring a map of the country including the Crimea, which Russia annexed by force in 2014. UEFA have responded by ordering Ukraine to remove the “political slogan” ‘Glory to the heroes’ from the kits. That slogan is stitched on the inside of the shirt collar, while ‘Glory to Ukraine! is on the back of the shirts.

UEFA have rejected Paris Saint-Germain’s appeal against Idrissa Gana Gueye’s suspension. The PSG midfielder will have to miss two European games next season.

The six Premier League clubs who were involved in the European Super League have agreed to pay a combined “goodwill” payment of £22m. If they attempt to do anything similar in the future, they will be fined £25m and be deducted 30 points.

Ajax goalkeeper Andre Onana’s ban for doping has been reduced to 9 months.

After controversy earlier this year, when this year’s Bundesliga rookie of the season Silas Wamangitukais was questioned over his identity, the truth has finally come out. The Democratic Republic of Congo born forward has admitted he used a false identity, claiming it was under pressure from his former representative, and that fear for his family back home had made him go along with the lie. Stuttgart say they have been working with Wamangitukais and his new agent, and received official documentation from the DR Congo a few days ago. Silas Wamangitukais is really called Silas Katompa Mvumpa and was a born a year earlier than his original documents stated.