Uche Mefor, the estranged Deputy-Leader of the outlawed Indigenous People of Biafra (IPOB) says if his former leader, Nnamdi Kanu, continues to blackmail people and incite violence, he would not cease to call him out.

AllNews reports that Mefor’s relationship with Kanu has hit the rocks. This is because Mefor disagreed with the Umuahia, Abia State-born pro-Biafra political activist on the modus operandi of the proscribed organization.

“If Kanu continues with his blackmails, inciting of violence and consciously initiates or encourages actions which lead to the spilling of the blood of Biafrans on BIAFRAN  soil, I shall continue to call him out,” Mefor wrote on his known Facebook page on Monday. 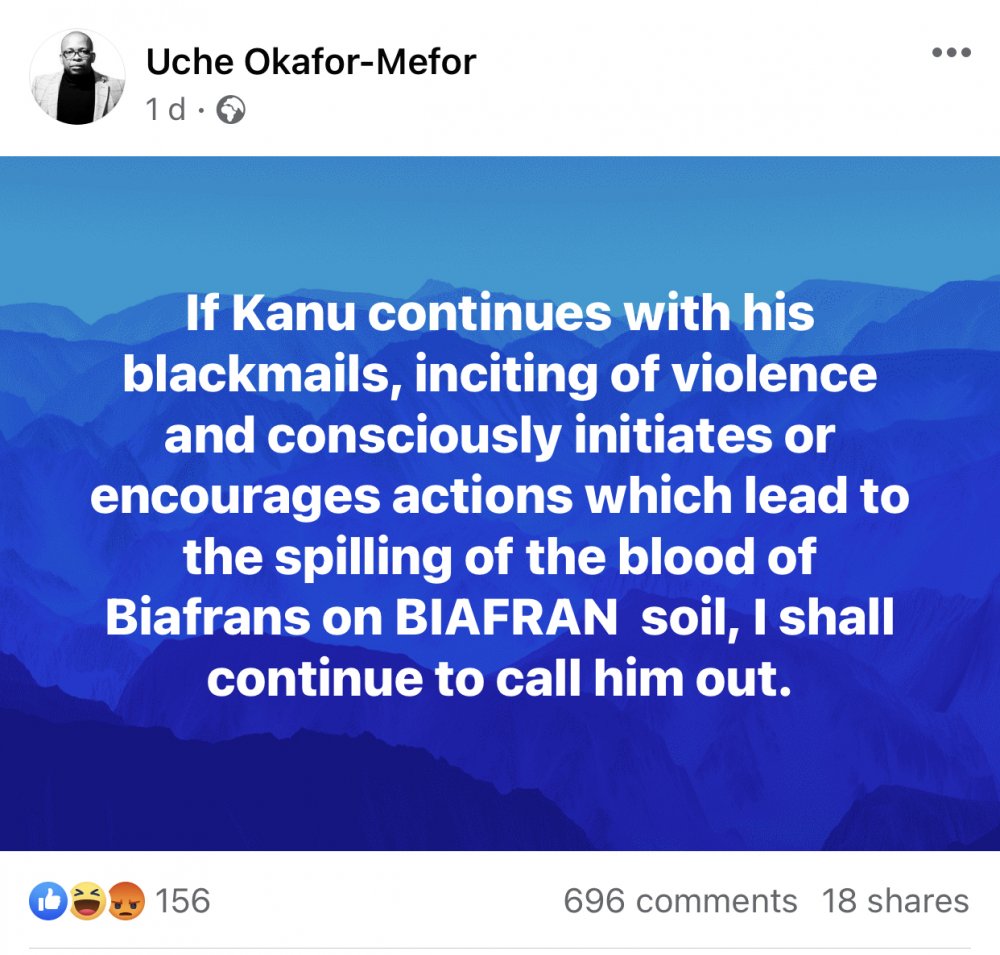 IPOB, founded in 2012 presumably by Barrister Emeka Emekesiri, has criticized the Nigerian federal government for its poor investment, inequitable resource distribution, ethnic marginalization, and heavy military presence in the south-south and south-east regions.

The organization, now led by diaspora-based Kanu, rose to prominence in the mid-2010s and is now the largest Biafran independence organization by membership.

In recent years, it has gained significant media attention for becoming a frequent target of crackdowns by the Nigerian government.