How Davido’s Daughter Imade Made Her Mother Sophia…


Davido‘s baby mama Sophia Momodu has revealed how her daughter Imade made her cry when she chose her father’s last name over hers.

Sharing the story via her Instagram Story on Tuesday while responding to a question about children answering their mothers’ names.

The 33-year-old said that she cried bitterly when her 6-year-old daughter had to choose Davido‘s last name ‘Adeleke’ and not hers, ‘Momodu’. 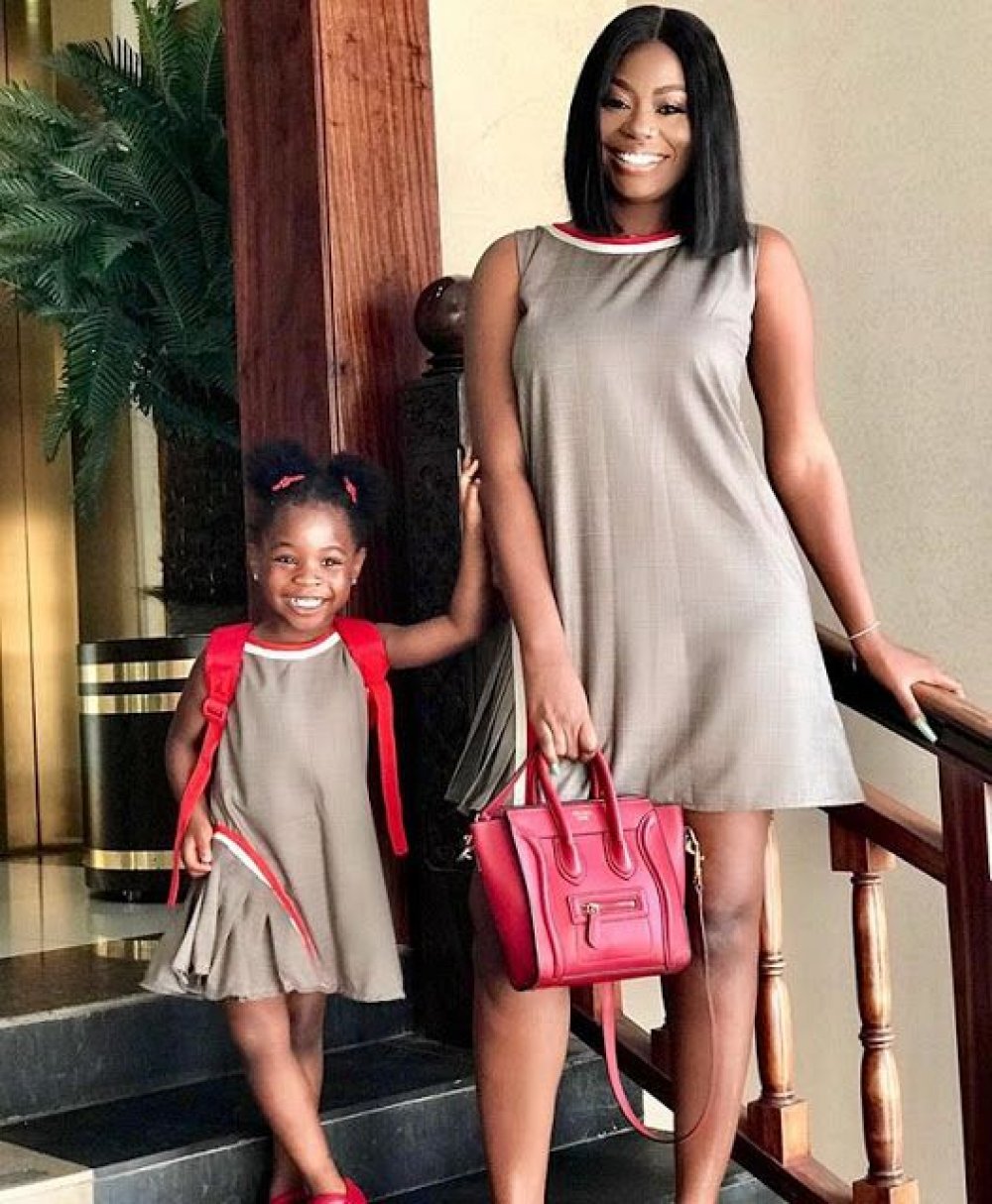 Imade and her mother Sophia Momodu

“I remember my Mom and aunties laughing at me when I was crying because my daughter’s last name wasn’t going to be Momodu”, she stated.

“I was genuinely distraught. I was even arguing and everything, that they put her father’s full names and not a single letter from mine.

“Pulled out my feminist card and everything, Z! E pain me gan that year sha” 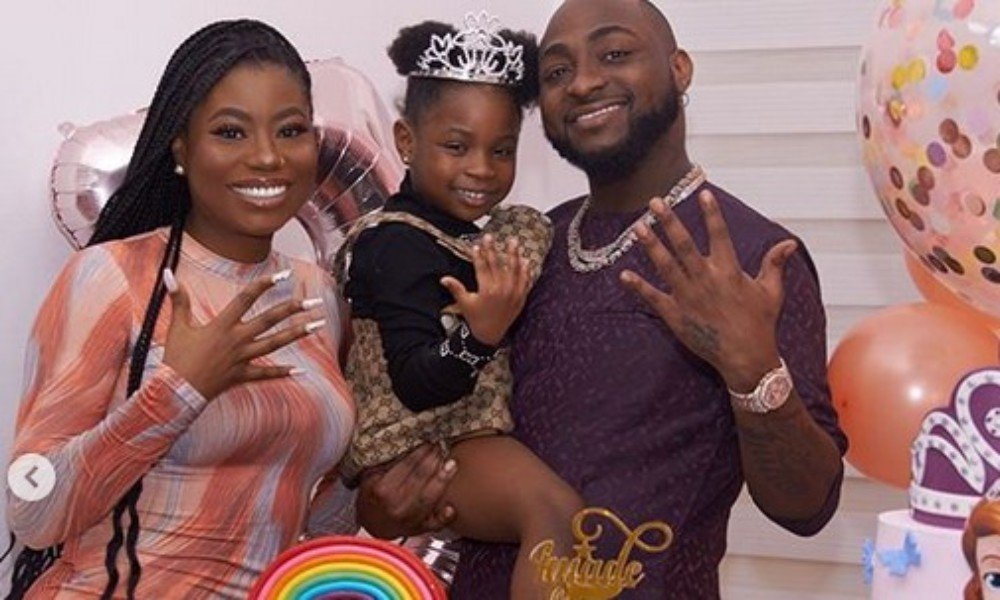 Speaking further, Sophia Momodu disclosed that her mother was the one who made her understand that Imade should bear her father’s name so as to gain from her lineage and inheritance.

“It made me shut up real quick, but I lowkey had so many questions”, she added. 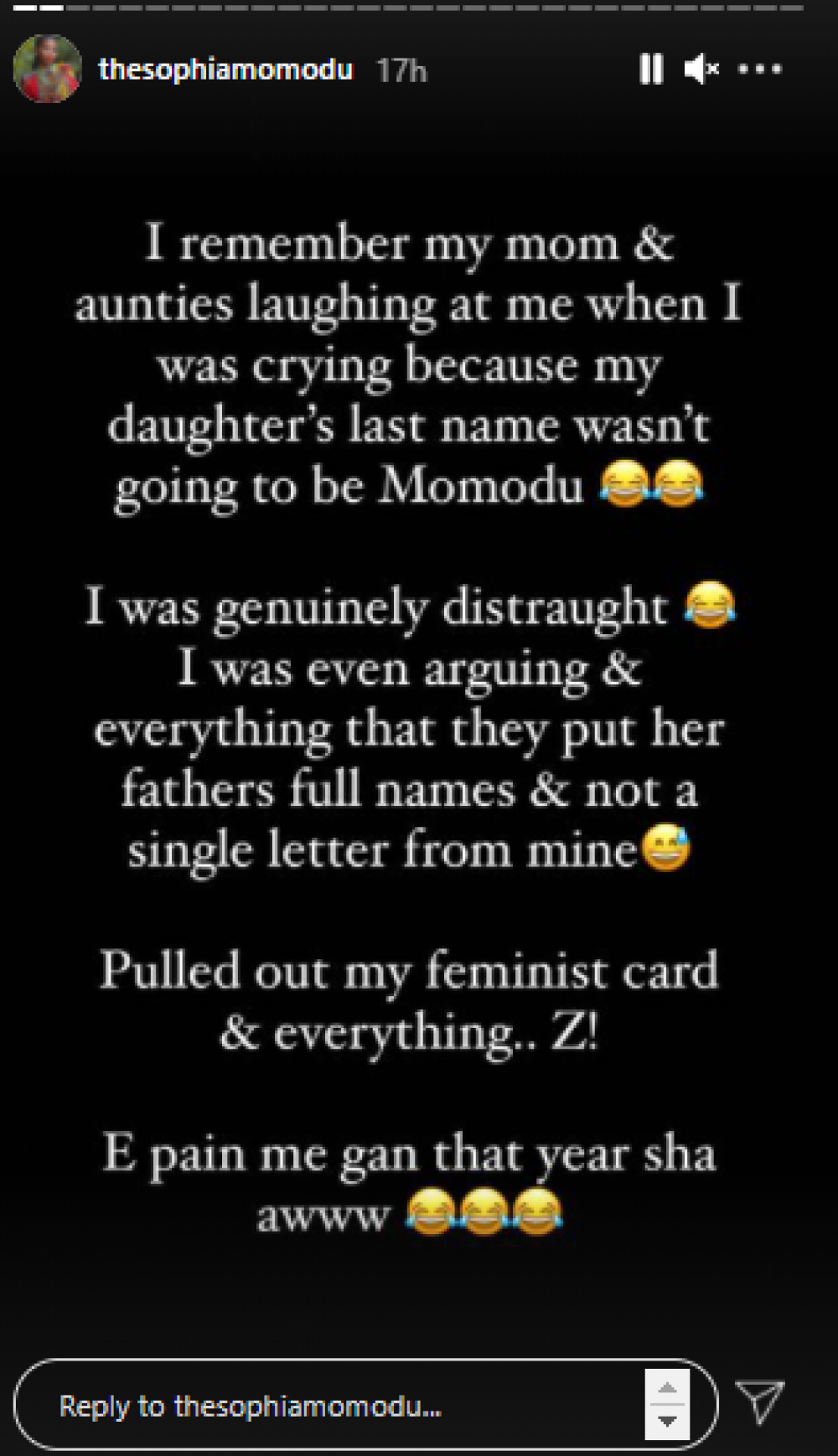 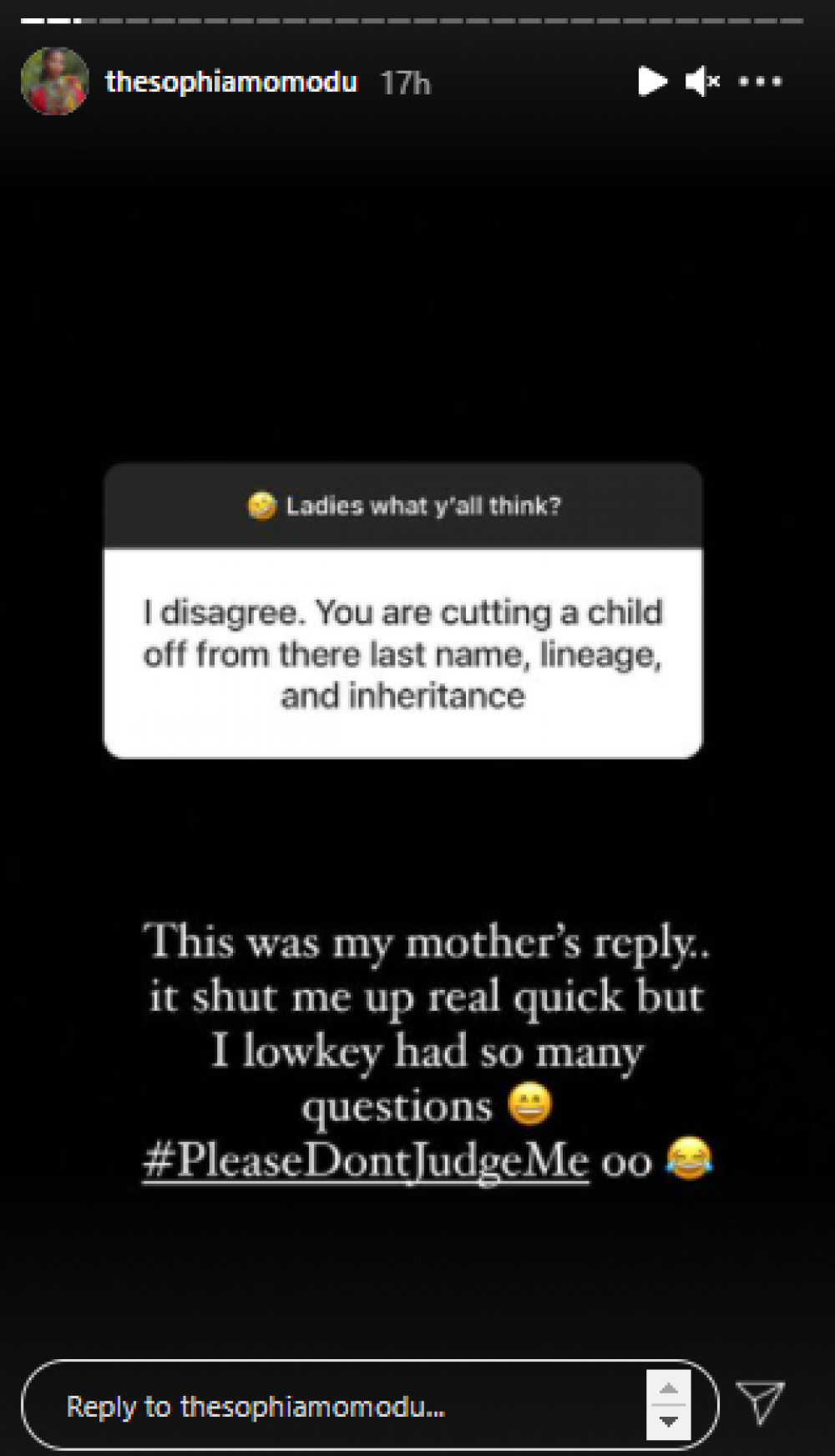