Penultimate English Premier League (EPL) champions, Liverpool will kick off the 2021/22 season with a trip to newly-promoted Norwich City on August 14.

Jurgen Klopp’s side, who finished in third place last season, host Chelsea and champions Manchester City on August 28 and October 2 respectively, before they square up against Manchester United at Old Trafford on October 23.

The first Merseyside derby of the season takes place at Goodison on the evening of November 30, while Leeds United visit Anfield on Boxing Day, before the Reds bring in the New Year by taking on Chelsea at Stamford Bridge on January 1.

Liverpool host arch-rivals United on March 19, before key clashes against City at the Etihad on April 9 and Everton at Anfield on April 23, while they conclude the campaign at home to Wolves on May 22.

NOTE: All fixtures are subject to change. 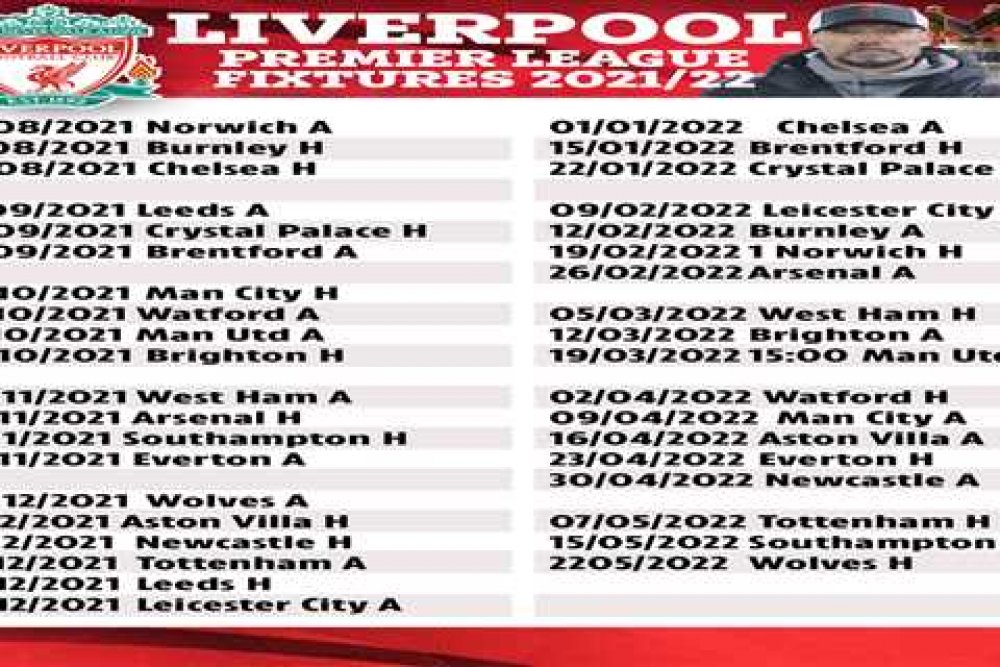