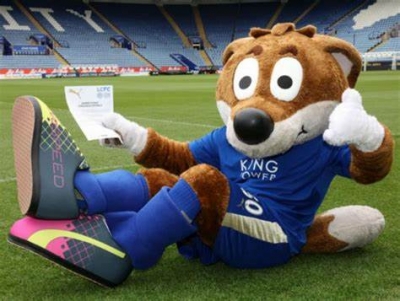 The weak link of the Leicester team, in my opinion at least. Ward is almost completely untested, Jakupovic is a typical 3rd choice, well over the hill and Schmeichel is not half as good as he thinks he is. Apart from being a ringleader in the player revolts that removed Ranieri and Shakespeare, he has a belief that he is top class at distribution and Schmeichel can concede easy possession trying to make a pass that is beyond him. Added to that Schmeichel’s struggles to keep his weight down can often lead to him being sluggish. Until they get a top class goalkeeper to shore things up at the back, they are always going to struggle to hold down a top 4 place.

They are looking a bit light at the back, especially at left-back, with only Thomas a specialist in that position in the squad. While the teenager looks good, it is too much to expect him to play every game of the season with a Europa League campaign to consider. Fofana and Evans gives them a solid base in the centre and they have excellent options on the right with Justin (when fit), Pereira and Castagne. I am not as enamoured of Soyuncu as many seem to be, positionally he is extremely suspect and needs guiding through games. It would also be a mistake not to buy a centre-back, as dropping Ndidi into the defence weakens midfield far too much.

They have a very strong central midfield group, though there are worries that Maddison and Choudhury are taking advantage of Rodgers’ lack of discipline and leading each other astray. The Foxes can ill afford for their best player, arguably, to be constantly getting into trouble and not maintaining fitness as they struggle without Maddison’s creativity. They are also very light on wide players, particularly, again, on the left, with Barnes pretty much their only option.

They have two big questions to answer up front. The first is how long can Vardy keep going? At 34 the tank must be running dry now. The second question is Iheanacho’s form, is it a flash-in-the-pan or has he finally started to achieve his potential? If it was just a hot streak, and Vardy is on the decline, as it seemed at the end of the season, then they are in trouble as neither Under nor Perez score enough.

After winning everything in Scotland with Celtic, admittedly against little to no real opposition, you would have thought Rodgers would have learnt something about how to keep his team going until the season is over. Sadly, while he is a good coach, he has still not learnt that his teams need more discipline and so, in a similar way to Mauricio Pochettino’s teams, they usually choke when it matters.

They have what is acknowledged as a great recruitment system, but they have ended up with lots of holes in the squad. It seems to find lots of central players and right-backs, particularly defensive midfielders, but struggles to find a left-sided player. That desperately needs to be rectified this summer. A lack of discipline coming down from the top is also costing them when it matters. Without stronger leadership, and I am talking about the chairman’s close relationship with some of the players as well as Rodgers’ style of man-management, there is always going to be a tendency to lose their way when it matters.

Why A Los Angeles Wants Vanessa Bryant To Undergo …

Jamie Redknapp: Newcastle one of the favourites to go down despite major investment | Football News