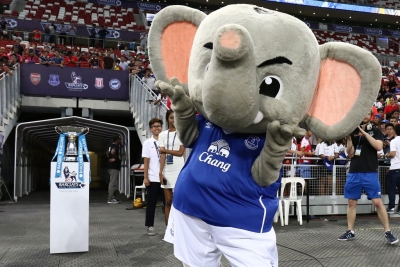 Three goalkeepers that do not exactly fill you with confidence as a group. There are errors galore in there and that could easily be the difference between top 4 and finishing outside the European places. Maybe Virginia can grow into the answer between the sticks, but right now he is a long way off looking like becoming it. It is probably the area most in need of an upgrade if they are going to achieve their long-term aims of regular European football.

The lack of depth is the biggest problem defensively. With everyone fully fit, they can put a strong back four/five out, but any injuries drastically weakens their position. With club captain Coleman ageing, the right-back position is the position they most need to strengthen, as the rest of the defenders are of the right age to carry on for a few years yet at least.

The main thing that stands out about this group is injuries, there do seem to be a lot of injury-prone players in the Toffees midfield. Besic will be leaving in the summer, which is no loss as he was never good enough for them anyway. Gbamin has barely been able to play, and it is doubtful he will be able to get back to anything like his best for a long time. That brings to mind the other real problem, the lack of mobility in there. Any team with movement and pace in midfield gives them problems as there is a massive lack of that, Doucoure aside. That needs to be addressed in the summer if Everton are to take the next step.

On paper that is not a bad group of forwards, unfortunately Iwobi makes less effort than a small child being forced to do a chore they really do not want to do. Richarlison clearly has ability but lacks intelligence, he has the strength to bully defenders and uses it when there is nothing to gain and when it would help, he instead chooses to throw himself to the floor and pretend to be fouled. He should be using his strength, pace and power to frighten defenders, rather than flopping to the ground. Like Calvert-Lewin, he is still young enough to learn and become a better player, so they have forwards to build a team around for the future. King is an odd one, the signing does not make much sense, despite his blistering pace. He is 29, struggles with regular injury problems and there does not seem to be any plan to integrate him into the team. The biggest question though is surrounding Kean, does he come back next season and slot into the team or is he to be sold? If Ancelotti can get the best out of him, he could be a joker in the pack for next season.

This season was as much about using the big name of Ancelotti to establish Everton as a team with ambition and a destination for big name players, as it was about Ancelotti getting them up the table. It is not out of the question that he could still achieve the second target of European qualification. That would move the Toffees forward a long way towards the owner’s long term aims as well as making recruitment easier in the summer.

Everton are right on the verge now, with fine margins separating success from failure. They are still a work in progress, building a team, but they are close to putting themselves into position to become European regulars. The summer transfer window is going to be huge for the Toffees. There is an opportunity there, with it unlikely West Ham United can maintain their lofty position, Arsenal struggling badly and Tottenham Hotspur looking ready to fall away like their North London rivals, Everton could cement a place at the top table. It will require the recruitment to be right, but the day is there for them to seize.