Eid: Biafrans More Than Ever Before Divided Along …


As Muslims worldwide celebrate Eid el Fitr 2021, Uche Mefor, the estranged Deputy-Leader of the outlawed Indigenous People of Biafra (IPOB) has asserted that people of Eastern Nigeria “are more than ever before divided along religious line”.

One of the reasons Mefor’s relationship with IPOB Leader, Nnamdi Kanu, hit the rocks was because he disagreed with the Umuahia, Abia State-born pro-Biafra political activist on the modus operandi of the controversial organization.

IPOB is canvassing for the secession of Eastern Nigeria.

This Facebook post caused some supposed supporters of Nnamdi Kanu to tackle him, with a user commenting that, “We are not Muslim”. 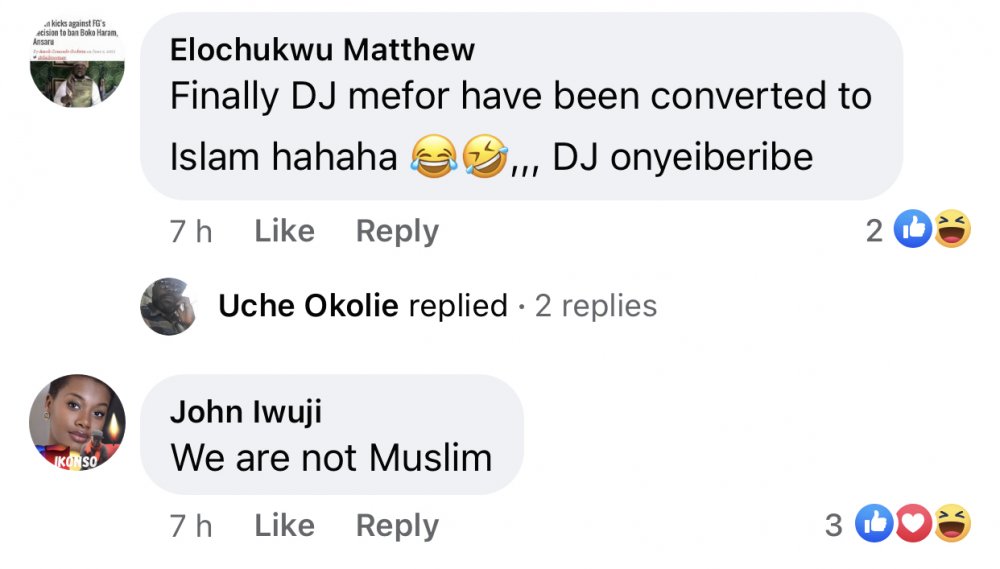 But Mefor roared back, insisting ‘Biafra – if actualised must be a secular society’.

“Hypocrites pretending to be fighting for freedom. Whether you like it or not, Biafran Muslims in Biafraland have rights to exist and must certainly exist in accordance with freedom of worship like others,” Mefor wrote.

“I am not Nnamdi Kanu. I am not a religious bigot. Nnamdi Kanu has taken religious bigotry to a disappointingly self-destructive, discriminatory level such that Biafrans are more than ever before divided along religious line. The evidence is there— behold the comments of the extremist religious zealots under the inspiration and followership of Nnamdi Kanu.

“But make no mistakes about this —–There must be religious freedom in Biafraland.

“Biafra must be a secular society.” 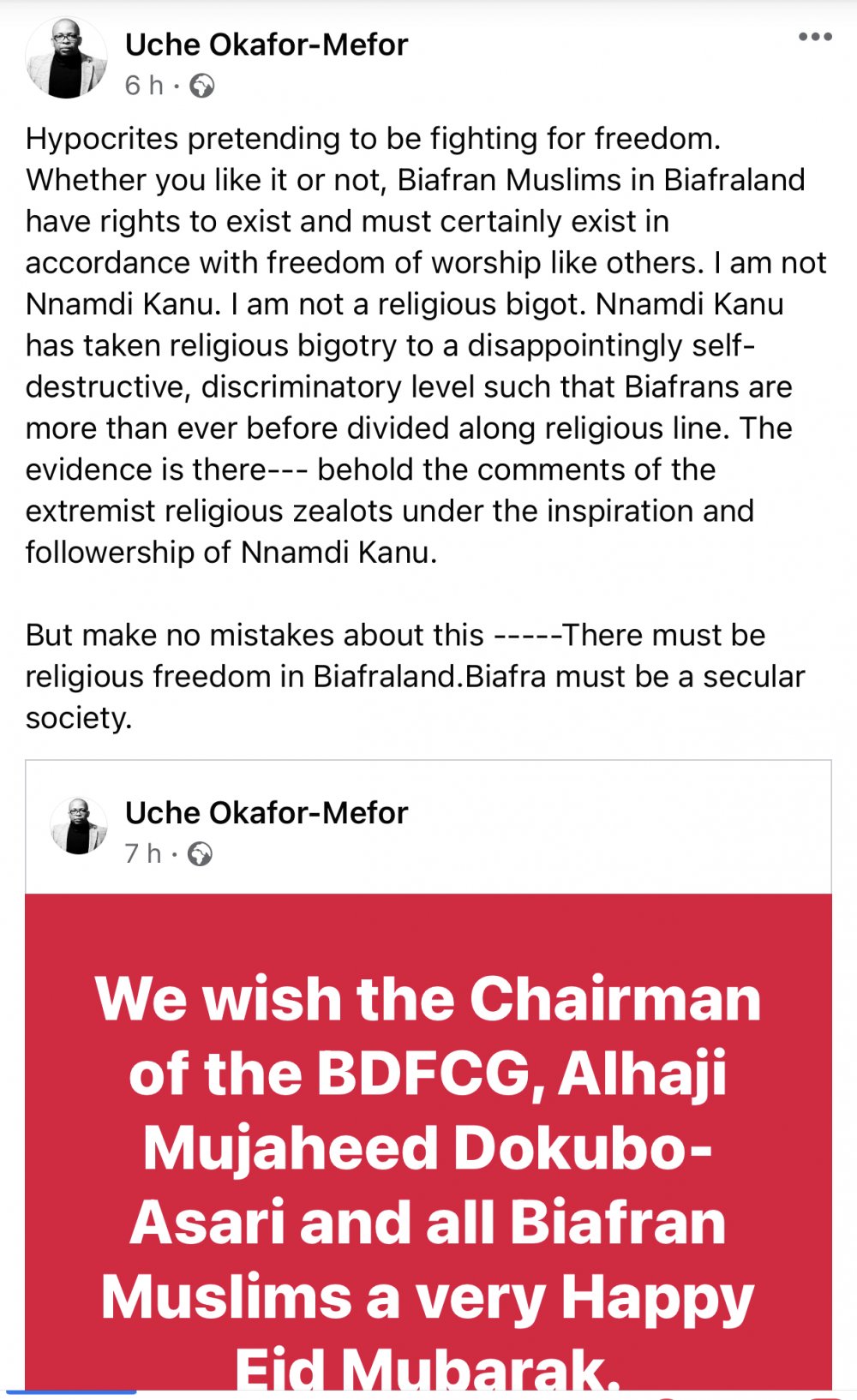 In a piece of related news, Kanu sent a happy Eid message to Muslims on Eid day (Thursday), albeit with a dig at the Muhammadu Buhari administration.

Eid Mubarak & Barka da Sallah from me to all Muslim faithfuls who don’t think and behave like the terrorists we have in #AsoRock presiding over the reign of Caliphate TERRORISM in #Nigeria.

May the peace & blessings of your God Allah be and abide with you always. #EndTerrorism pic.twitter.com/cu6MSGFl7T