After his version of Justice League failed to attain the lofty heights fans wanted it to, Zack Snyder blows another chance to create something unique as his latest film proves to be an even bigger mess.

Bautista is Scott Ward, the leader of the ragtag team of daredevils, whose estranged daughter unexpectedly tags along. When they reach the zombie-infested area, they discover that the creatures are more organized than they thought and that a confrontation may be avoidable if they play their cards right (Warning: spoilers below!). 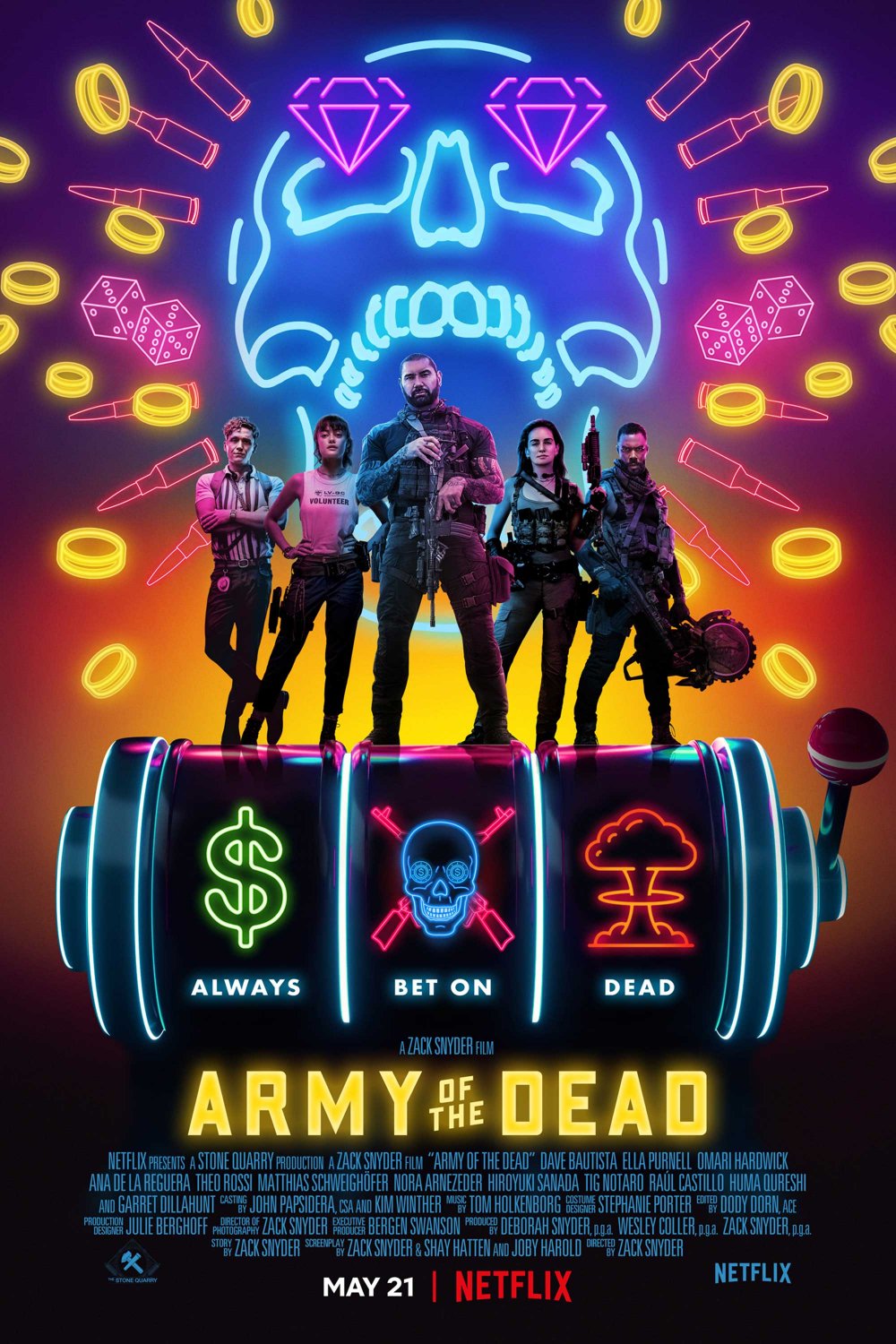 I am a fan of Zack Snyder as the dude won me over with his ability to create visually stunning movies. I enjoyed his other films; 300, Watchmen, Sucker Punch, and Legend of the Guardians: The Owls of Ga’Hoole. So, when Justice League (2021) turned out to be not so great, I took it as one of those things that befalls a filmmaker. With this movie, he may be losing his Midas touch.

The plot is intriguing but the plot holes are enough to make a standard goalpost for a soccer game. First off, the way Scott picks his team. Aside from his former comrades in arms, his choice of the others is really questionable.

Dave Bautista as Scott Ward in ARMY OF THE DEAD

You want to go against an army of zombies and you select someone just because you saw an online video of that person shooting zombies? You never deem it fit to find out his military experience (if he has any) or any of that ish. Then, the pilot who goes with them is another issue. She hears the amount involved (which isn’t that big) and doesn’t want to know what the mission entails. She says her life is sh*tty and can’t wait to hop along for the ride.

And then there is another character who reveals later on that she didn’t agree to the mission because of the money but for love. Are you kidding me? You go into a territory teeming with zombies for love? Wow!

Snyder calls this a heist movie but does it have the elements of a heist film? The answer is no. There is no clear strategy for the team to achieve their objective, we don’t get to see them planning extensively, and when the asshole who is handpicked to open the complicated safe finally gets there, it takes him 30 minutes (in which the viewer doesn’t even get to see the process) to crack it. 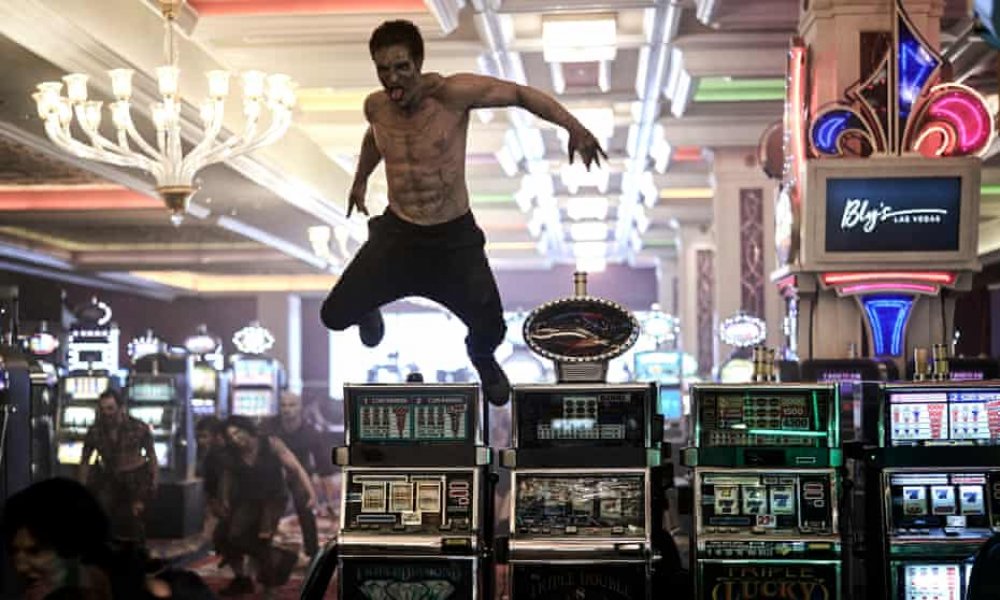 A question for the director; how is it that some members of the team who don’t have any sufficient training in the use of firearms suddenly know how to shoot zombies in the head with accurate precision?

Then the choices that almost all the characters make in the movie are illogical and nonsensical. Maybe they were written to be that way but I found out that I couldn’t care less if they lived or died. 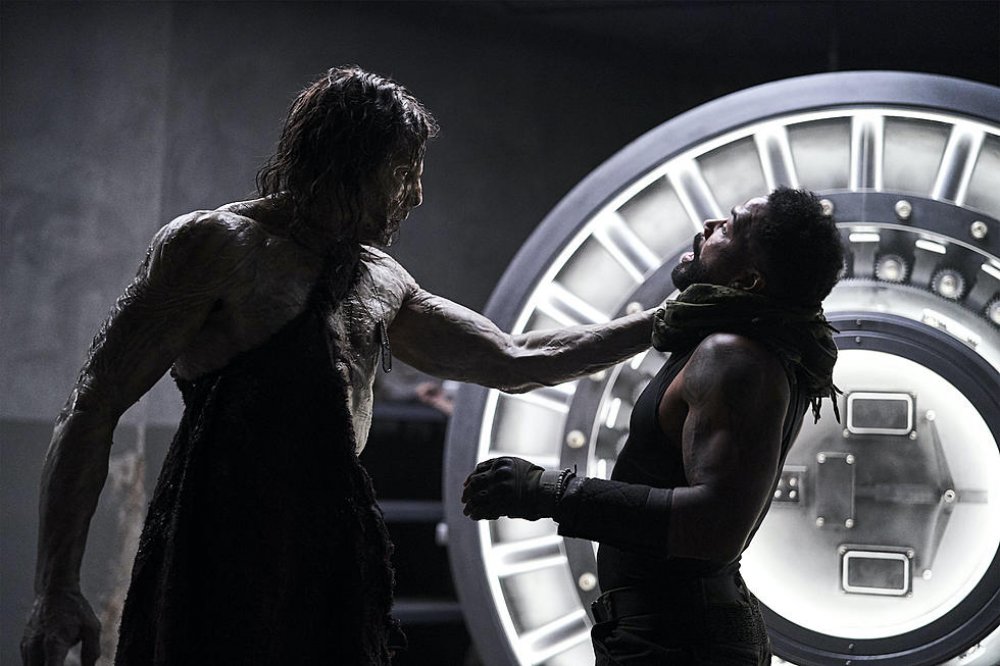 The first part of the film was boring and things only started to get a little interesting when the runtime was past the one-hour mark. But it dawned on me shortly after that that I was in for something underwhelming.

Now let’s get to the zombies. As someone who has seen a lot of zombie films, I daresay if you want to make a movie of this type, you better make something unique from the others that have been released before. In an attempt to portray zombies in a different light, Snyder destroys what could have been the film’s biggest appeal. Omari Hardwick in ARMY OF THE DEAD

These zombies can ride horses, they accept gifts of ‘human sacrifice’, and they even keep human captives. They also have a leader who has a bride. Oh, and they behave like the primates in the Planet of the Apes movies.

Another question; why did the zombies choose to keep their captives alive and unharmed until an attempt was made to rescue them? 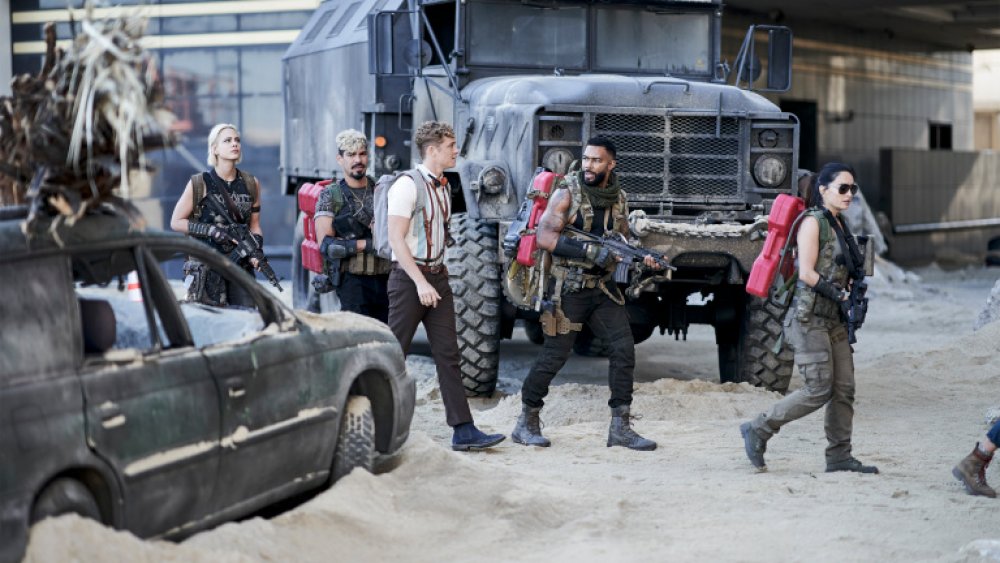 The character of Scott’s daughter played by Purnell is unarguably the most useless in the entire film. What exactly was she there for? To create a strained father-daughter relationship? We have seen that countless times and it gets worse with every new iteration.

As for Tanaka’s goon who accompanies the team to Vegas, I don’t know why it wasn’t obvious to everyone that he had an ulterior motive for being there. The dude just successfully sucker-punched them all and if not for the zombie tiger, he would have escaped. 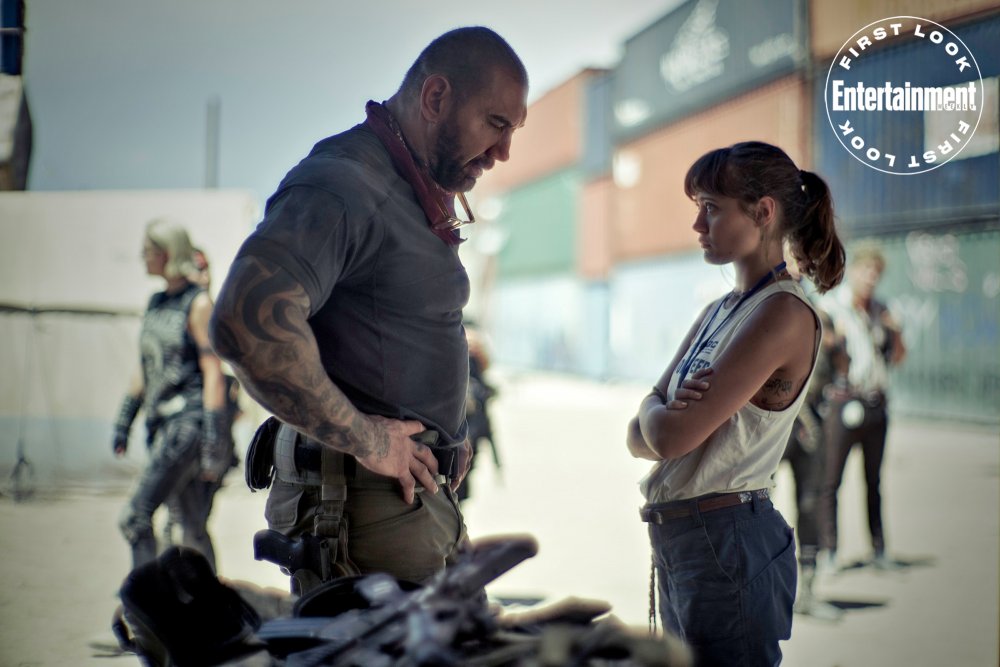 Talking about the CGI tiger… well it was impressive to look at but that’s where it ends. The only scene it did anything worthy of attention was the mauling it handed out to Tanaka’s goon and even that wasn’t well-executed. It was easy to see that it wasn’t a real tiger and that its attack was more human than beast.

The action in Army of the Dead is nothing spectacular, and that is very disappointing considering it was Snyder behind the camera. One of the few things that made the film watchable was the score. That may be the only thing that didn’t disappoint. 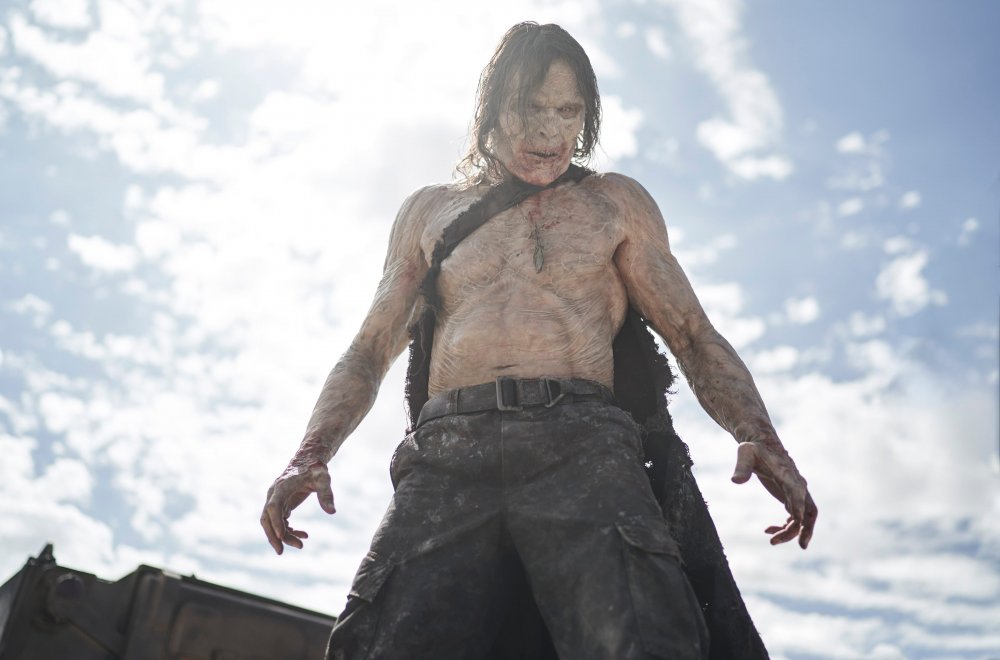 After the final showdown of the film, an untrained individual manages to survive a helicopter crash (brought down by the aftershock of a nuclear blast) without a scratch. In what universe does that happen?

Also, another person miraculously survives the nuclear blast and just when the viewer thinks he has made it out alive, he is revealed to have been bitten by a zombie. How? It is never shown. Why? Maybe because the dead just have to win in the end. 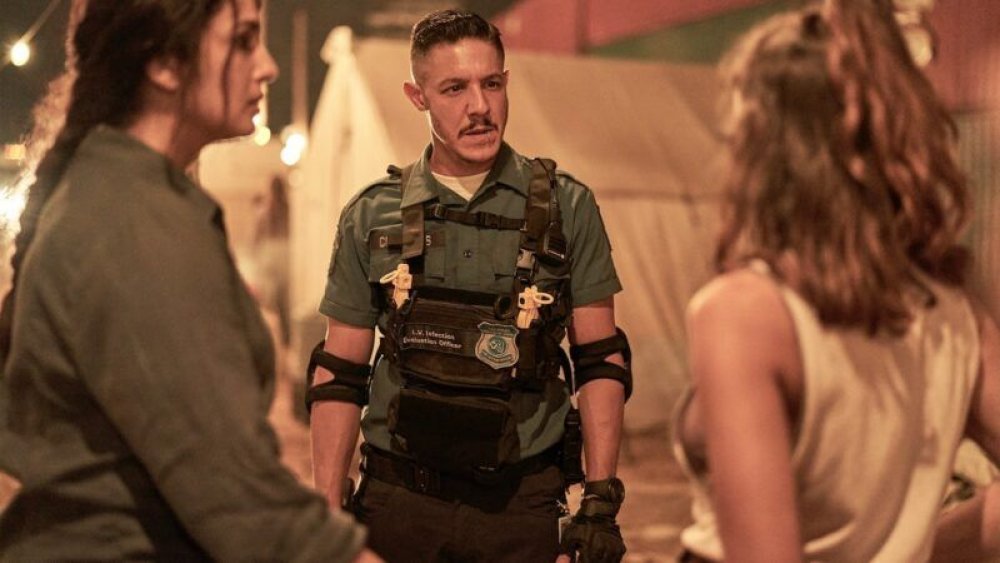 The cinematography doesn’t break new grounds and the acting from some members of the cast is okay while from others, it is not. I guess I can’t blame them as they had to work with what they were given.

I will end my review by saying this; Army of the Dead is Zack Snyder’s worst movie. Those who have been praising it may have watched it and seen something that escaped me or are just Snyder fans who will gush at anything he makes. 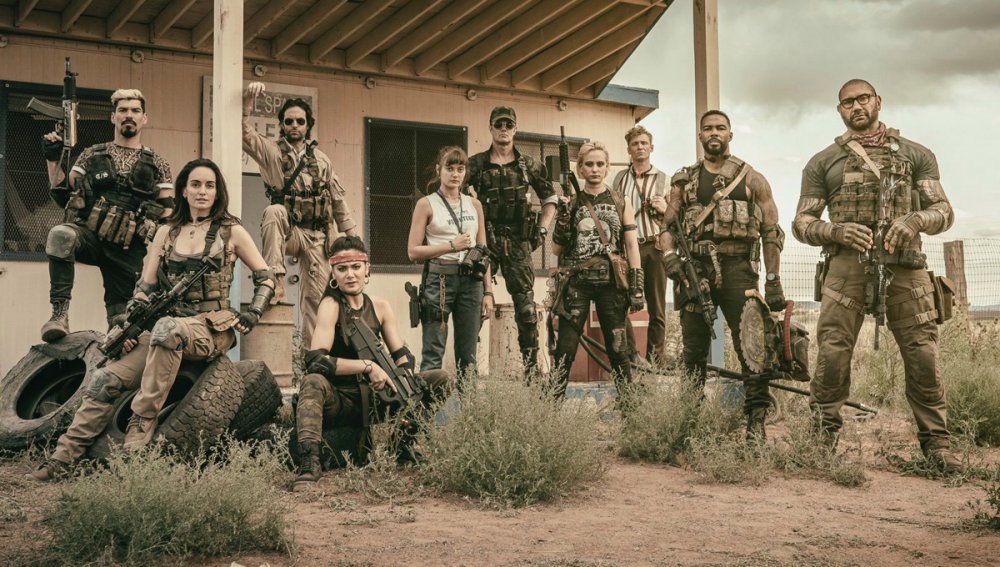 Snyder needs to remind audiences how he stole their hearts again or face being relegated to the level of B-movie filmmakers.